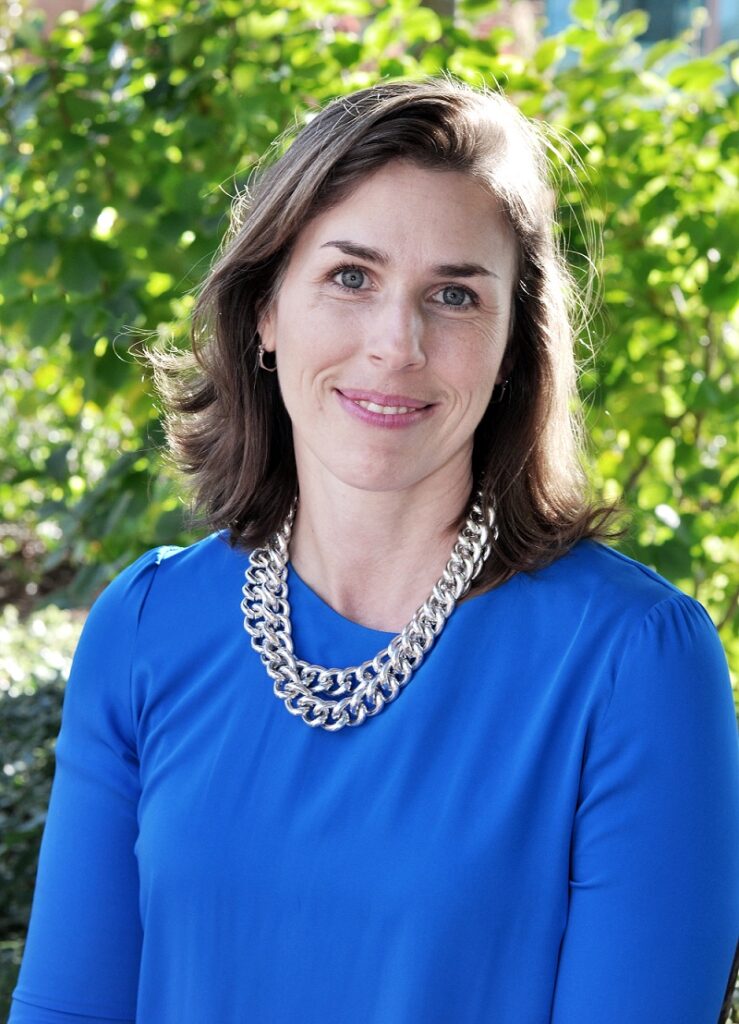 MORRISVILLE (December 1, 2020) – Kathy Colville, MSPH, MSW, will step into the top leadership role at the North Carolina Institute of Medicine on January 4. Colville will take the helm from Michelle G. Ries, MPH, who has served as interim director of the Institute since August after the departure of long-time President and CEO Adam J. Zolotor, MD, DrPh. Ries will return to her previous position as Associate Director when Colville becomes President and CEO.

“It is an honor to lead the NCIOM at such a crucial time for our state and country,” said Colville. “The NCIOM brings together people from all corners of NC who care deeply about the health and well-being of our communities, who find common ground and identify the changes we need to make together. I look forward to helping leaders across NC ask the crucial questions and make the tough calls we need in order to make strong systems that help us all thrive."

Colville most recently led the Healthy Communities department at Cone Health, one of North Carolina’s largest health networks, in Greensboro. In her role as director, she led teams that improved access to health care for the most vulnerable members of the Guilford, Forsyth, Rockingham, Alamance, Randolph, Caswell, and surrounding communities. A major goal of Healthy Communities under Colville was to improve social conditions that affect health, such as affordable healthy housing and access to nutritious food. Under Colville’s leadership, Cone Health became the first health system in NC recognized by the CDC for its Diabetes Prevention Program and the first in NC to implement NCCARE360, an EMR-integrated electronic referral platform. In September 2020, Colville was named a Robert Wood Johnson Foundation Interdisciplinary Research Leader; she will participate in this three-year environmental justice fellowship in addition to her new role at the NCIOM.

Colville previously worked in public health and hospital emergency preparedness, serving on the front lines during several major disasters, including Hurricane Wilma in 2005 and the H1N1 flu pandemic in 2009-2010.

She earned a bachelor’s degree in comparative literature from Brown University and masters degrees in social work and public health from the University of North Carolina at Chapel Hill. She is a PhD candidate in public administration at North Carolina State University, where her research is focused on the policy process and the Medicaid program. She serves on the UNC Greensboro Public Health Education Advisory Board and serves as a board member for Impact Alamance, AuthoraCare Collective, Guilford Community Care Network, and the United Way of North Carolina.

Colville was hired from a diverse pool of applicants by the NCIOM’s Board of Directors.

“A diverse, credentialed, and committed Search Committee worked for four months vetting all applicants for the position. There were many, and the interest level was a testament to the stature of the NCIOM and its work. In the end, the Committee was unanimous in its belief that Kathy was best-suited to lead the vital work of the NCIOM,” said Board Chair David Sousa. “The full NCIOM Board was unanimous in its acceptance of the Committee’s recommendation that Kathy join and lead the organization. The COVID-19 pandemic was instructive to us all in its illumination of (still) a large number of health disparities and inequities. That will be a part of Kathy’s focus. With time, we are confident that she will improve the overall health of our state’s residents.”

The North Carolina Institute of Medicine (NCIOM) is an independent, quasi-state agency that was chartered by the North Carolina General Assembly in 1983 to provide balanced, nonpartisan information on issues of relevance to the health of North Carolina’s population. For more information, visit www.nciom.org.